What a day! Apologies for the late post! Here we go.

African fashion e-commerce platform launched in late 2015, and continues to take it’s game to the next level. Get you some gear!

Yesterday, news came out that Vodaphone-subsidiary Vodacom is acquiring a 35% stake in Safaricom from Vodaphone. I wrote last week about rumors of the Kenyan government pushing for Safaricom to break up at some point. It along with Vodacom have 35% stakes. At some point, I’ll look back to see the extent to which Vodacom has done any share buybacks, as having two shareholders with stakes that large and breakup threats makes me uncomfortable. I’m curious about the strategy behind Vodacom taking over the Safaricom stake and would appreciate ideas from you all. Feel free to send me ideas at kwame.som.pimpong@gmail.com.

It’s good to see investment dollars headed The Gambia’s way after former President Yahya Jammeh’s defeat in last year’s elections. I’m curious how well the current administration under President Adama Barrow is tackling the country’s debt problem. Apparently, President Jammeh left the country’s finances in a pretty big mess with at least $1B in debt. The country getting tax revenue in place and effectively leveraging investment dollars like this deal with the African Export Import Bank will be critical in ensuring that the country keeps moving forward.

P.S. Sign up for the Dine Diaspora newsletter. Nina, Maame, and Nana have put together some quality dinners and I look forward to seeing the brand grow. Give them a call if you are looking to put together a corporate event!

For us, today, Africa is more important than the U.S. In five to 10 years, Africa can become the new frontier for luxury. – Ermenegildo Zegna

While reading this Quartz piece on Africa’s fashion opportunity, I came across this Global Retail Development Index put together by A.T Kearney. The Index ranks the top 30 developing countries for retail investment based on market attractiveness, country and business risk, market saturation, and time pressure. Time pressure relates to how quickly a country’s retail sector is growing. If it is growing really quickly, a retail investor needs to move fast to take advantage of growth before it’s too late.

The report points to Sub-Saharan Africa mirroring China in 1987 when retail brands were beginning to enter the country. Nearly 30 years later, retail growth is extremely fast and retailers are beginning to really focus in on profitability now that they are approaching scale. The authors of the report believe Africa could be at this point in 2040 or so, though it will probably be a bumpy ride.

One of my mentors was recently telling me about the tens of thousands of dollars of champagne his clients bought during a night on the town in Lagos a few years ago. It’s no secret that Nigeria’s wealthy have a lot of disposable income and that champagne is in demand on Banana Island. I had no idea, though, that retail sales of champagne in Nigeria was second only to France. The report authors point to this as an anecdote on the opportunity for luxury brands in Sub-Saharan Africa.

Speaking of luxury, Hannel Rupert, a South African entrepreneur, wrote an op-ed in Business of Fashion calling for luxury brands to partner with Africa’s fashion industry, moving beyond fashion for charity campaigns or one-off collaborations. A good place to start, in her opinion, is to bring some end-process manufacturing to countries like Ethiopia, Cameroon and South Africa which have strong capabilities in areas like leather crafting.

I worked on a retail project a few years ago, working with a client who had quality issues with its product lines but wanted to figure out a way to tap in the U.S. retail market. Established brands bringing their expertise on details like this could help deal with issues like this. At the same time, there are already a burgeoning number of African fashion shops that put out really high quality material. Having access to end-process manufacturing that matched their products could help them reach scale in Africa and the rest of the world.

As an aside, I finally watched Jidenna’s Classic Man music video. Does anyone know if Ikire Jones made the white blazer Jidenna wears in the film?

As a further aside, Angola made the list for the Global Retail Development Index. I’m sure a lot of folks immediately thought about Luanda’s high cost of living. The New Yorker has a piece in its June 1 issue on the inequality of Angola’s oil boom. The author cold have spent more time on the U.S.-Russia proxy war. Over the decades that Angola was in civil war, how U.S. support did Jonas Savimbi and UNITA get? What more detail can we get about the Heritage Foundation, Grover Norquist and Jack Abramoff supporting Savimbi? How was President dos Santos able to maintain control in the face of a U.S.-supported rebel group? How did all of that contribute to Angola’s current political and economic environment? Just a few questions the author could have explored.

Back to fashion. The Quartz Africa piece mentions McKinsey’s Lions on the move report that came out in 2010. The authors forecasted spending power in Sub-Saharan Africa reaching $1.4 trillion by 2020. Perhaps a halfway-point check-in on how the continent is doing relative to that forecast is in the works?

This African fashion conversation is very exciting and I look forward to seeing where it goes. As of late, President Muhammad Buhari’s swagger has had me thinking about taking Traditional Wear Fridays to the next level and pulling out the Fugu.

What image comes to mind when you think African fashion? A dashiki worn by a person with an afro? A wax printed dress? A band of kente cloth thrown across a college graduates shoulders?

I, for one, have a pretty limited knowledge of the diversity of Africa’s fashion aesthetics, and it has been exciting to expand my knowledge over the years as I have traveled across the continent and kept track of industry insiders.

As I have come across more and more amazing designers and Africa-focused fashion shows, my eyes have opened to how enormous the opportunity is for African fashion on a global scale. The influence of African design has influenced fashion for centuries in the West, but we’re now in a time when the narrative is not dictated by the West. 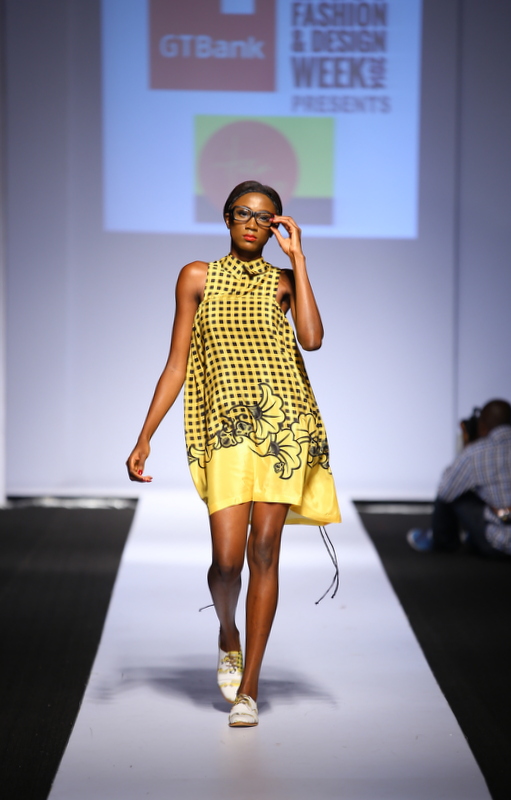 ECONOMIC PAIN CONTINUES – Moody’s downgraded South Africa’s five largest banks, nine of its municipalities, its two development finance institutions, following the firm’s downgrading of the government’s debt ratingand Eskom’s bond rating last week. While the outlook remains stable for the banks and one of the development institutions – the Industrial Development Corporation – the South African government continues to take hits. COSATU (Congress of South African Trade Unions) voted to expel NUMSA (National Union of Metalworkers of South Africa) over the weekend, potentially further weakening the African National Congress as elections loom and the party continues to experience fissures. Labor strikes have hit the mining industry and broader economy hard over the past year. What will it take for South Africa to hit an upward swing? Thegovernment expects its GDP to rise 1.4 percent, revised down from the already low 2.4 percent. Send any interesting articles my way covering what the country needs to do to get out of this rut.

FIGHT NIGHT – The Democratic Republic of Congo’s Finance Minister and Industry Minister almost lost their jobs Monday. Members of parliament came close to losing a couple teeth. Sixty-three assembly members signed on to a motion for a vote of no confidence on both ministers, arguing that they are mismanaging the country. The motion did not succeed due to 18 MPs withdrawing their support. Here’s a placeholder for side-eye. Last year, Last year, Prime Minister Matata Ponyo survived a no-confidence vote with similar charges. Similarly, several MPs withdrew their support for the no-confidence vote. President Joseph Kabila, since winning a controversial election in 2011, has faced pretty heavy political pressure from opposition groups. Recently, there has been debate on whether he would try tochange the constitution and make another run for the presidency, and what impact recent events in Burkina Faso would have on his decision. I suppose we’ll know soon enough.

DOROBUCCI – The beautiful people came out in full force at Lagos Fashion & Design Week last week. Founded by @OmoyemiAkerele, the show was hosted by@GTBank and organized by Ms. Akerele’s Style House Files. The show was one of the higher profile events to take place in Lagos since the World Health Organization announced the end of the Ebola outbreak in Nigeria, and highlighted the growing significance of Lagos as a global fashion destination. @DAdjaye, lead designer of the Smithsonian National Museum of African American History and Culture, is designing a concept store for Reni Folayiwo’s Alara, which will house luxury designs from across Africa and the West. As Ms. Akerele and Ms. Folayiwo attract more attention to Nigeria’s fashion opportunity, the hope is that wealthy Nigerians will do more of their shopping at home, as opposed to shopping in Europe. The demand is certainly there.

Have insight on this week’s news, like President Jonathan officially announcing his candidacy for next year’s elections? Post them in the comments section.

Davidson profiled Muna Musiitwa on her work in Africa. Great nuggets on key questions for mapping the way forward on the continent – [http://buff.ly/1ojta8X]

Jason Njoku does some nice analysis on property values in Lagos in parallel with tech investments – [http://buff.ly/1ojtfsY]

Former New York Mayor Michael Bloomberg has paid a good bit of attention to Africa, including a $10M initiative to support the development of financial journalism – [http://buff.ly/1ojtkgt]